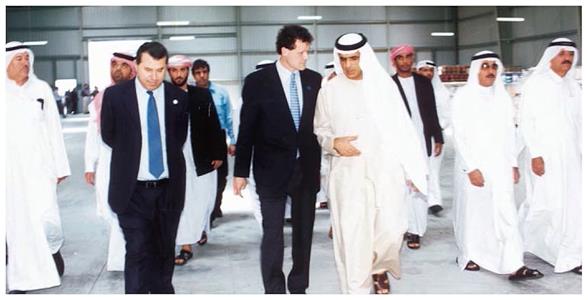 David Rothberg, Chairman - LATICRETE®  in discussion with H H Sheikh Saud bin Saqr Al Qasimi is the current Ruler of Ras Al Khaimah, one of the 7 emirates of the UAE.( third from left - front view)

In the Middle East, LATICRETE® has introduced modern technology, which is changing the way the industry installs tile and stone in the region. LATICRETE has been providing solutions to the region for many years and has been associated with some of the most prestigious projects in the region.